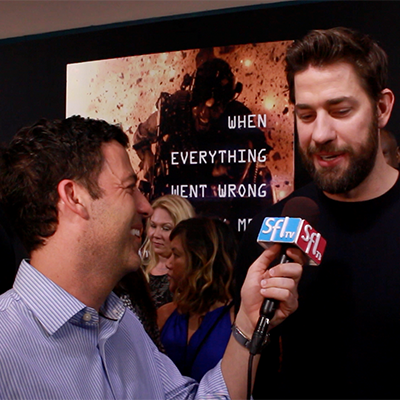 Here’s an interviewing tip for all you hosts: when asking questions to your guest, how do you transition between topics? In other words, you’ve asked a question about their most recent endeavor and now you want to move on to what they’re working on next. Sometimes it’s easy and the guest’s answer to the question you just asked leads you smoothly right into the next question. They might say something like, “and that’s why I was so excited about that project and I’m really looking forward to what’s coming up.” Which is when you say, “speaking of which, tell us about your next endeavor.” Doesn’t get much easier than that.

But, sometimes, they give you a short answer, or an answer that doesn’t lead anywhere and doesn’t give you anything to work with. In those cases, how do you keep the interview flowing naturally? I like to ask a follow up question before I move on, so I can really give that topic its due. Otherwise, if you jump to your next question, it can look like you’re dismissing their answer rather abruptly. Plus, a follow up gives you more time to think about how to smoothly segue into the next topic, and maybe something they’ll say in part two of their answer will help you get there.

If there second answer still doesn’t get you there, there’s nothing wrong with saying, “I want to ask you about” and then pivot into your question. Sometimes, that’s all you can do, and it’s totally fine.

And try to avoid filler words like “interesting” and “cool” as you’re figuring out how to transition. Those words don’t really add much on their own. So, if you do use them, try to at least make them part of a sentence, as in, “Interesting. I had no idea you accomplished that. What was the most challenging aspect of that process?”

If you’d like to work on your hosting skills, just reach out to me here.