Level Up Your Social Media Game 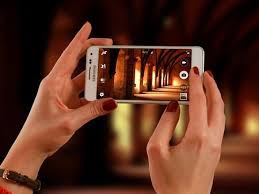 Love it or loathe it, social media is here to stay. In fact, its ubiquity continues to permeate our professional lives in new and unexpected ways. So, you can sit on the side of the pool or you can jump into the deep end. I suggest the latter, because when you do so correctly, you’ll make a cannonball-sized splash. With that said, put on your metaphorical bathing suit and let’s explore some ways to create impactful, dynamic videos across various social media platforms.

First, you must identify your most meaningful platforms. Where do your consumers and clients spend most of their time online? Are they predominantly on LinkedIn? Perhaps it’s Instagram or Facebook? Or, maybe they consume content via YouTube. While you can, and should, distribute your video across multiple platforms, create it with your consumers’ preferred platform in mind. Unsurprisingly, LinkedIn video is typically more polished and conservative than an Instagram or Facebook video, which can be less formal. That’s not to say you can’t have fun with a LinkedIn video − it just may resonate differently on that platform. Of course, you could create unique videos for each platform but that will feel like a full-time job.

Another facet to consider: if you shoot the video vertically on your phone, it will play on the desktop versions of LinkedIn, Facebook, and YouTube with vertical bars on either side. Since people typically consume social media video on their phones rather than their laptops, this isn’t that big of a deal, but it is worth noting.

Here’s one that people, believe it or not, often fail to achieve: take pride in your video. Sounds like a no-brainer, but for some, the idea of getting the video over with and getting out in the universe is enough. Unless you are shooting a live video on social media, there’s no reason to upload your video unless you love it. You can always press delete and do it again. The extra few minutes you’ll spend perfecting your video are worthwhile when you consider the alternative — uploaded content lives forever. Sure, you can delete it afterwards, but it will be too late. It may have been recorded and distributed to the masses. There’s no need to rush the process.

As for how long your masterpiece should be, in general, a good rule of thumb is to keep videos short. If your video is less than 60 seconds, Instagram runs it on a loop, so it automatically repeats. You can even shoot a video that’s only 30 seconds long, provided you deliver quality content. Remember that people have short attention spans and won’t spend extra time watching your video as some sort of courtesy to you. Capture their attention quickly by making the introduction powerful and compelling. Much as we did with public speaking, consider starting with a question, a joke, or an interesting fact. Just make sure you get to the meat and potatoes of your video quickly especially since these videos are brief.

If you want to ensure you nail specific points like stats and calls to action, but don’t want to be burdened with memorizing them, here’s a great “cheat” you can use. You can download a teleprompter app onto your smartphone (such as Teleprompter Premium) and import your script in it. Then, you can simply read the script off the screen. Of course, the trick is to avoid appearing like you’re reading, which you can achieve successfully with practice (I’ll cover this later in the TV Hosting section of this book). Another tactic is to break out the index cards, bullet-point your key messages, and place them next to your phone, casually glancing at them when you need to be prompted. Again, this technique requires practice, and be sure you don’t put your note cards in your lap or below the lens.

I recommend standing rather than sitting when you shoot your video because it’s more dynamic, but if your desk looks great and you have a cool background, then feel free to have a seat. Regardless if you’re standing or sitting, make sure you bring the energy! Regarding background, in addition to what I wrote earlier, you may want to purchase a backdrop so you can always have an attractive background when shooting inside. If you shoot outside, your shot may look great, but you must be mindful of sunlight and potential shadows. Try to shoot with the sun on your face − which looks best but can be challenging and lead to squinting − or when there is little to no sun. Shooting with the sun behind you or off to the side can cast an unfortunate shadow.

As for equipment, if your budget allows, you can purchase a digital camera and a lighting kit, but it’s not crucial. Today’s smartphones shoot fantastic video and you can easily adjust for brightness issues. However, you should invest in a tripod for optimally positioning your phone. You most certainly don’t want to rely on holding your phone as you shoot your video. It’s enough responsibility to be the host, don’t be the camera operator as well. Worrying about framing the shot will distract from your ability to perform. Audio is crucial, and bad audio can ruin a shoot. You need a microphone, especially when shooting outside. Imagine shooting an awesome video, only to have it ruined by an airplane flying by, the honk of a car horn, or a gust of wind. Sure, you can do it over, but that might have been your best “take” and now you can’t use it. Invest in a lapel microphone that clips onto your collar and plugs into your phone. They look more professional than handheld microphones, and they free both of your hands, in case you need them for demonstrations.

Ultimately, after a few takes, you’ll settle on a performance you love, and your video will be finished − almost.  You’re not quite ready to share it with the world. You need to do some editing. Don’t let that intimidate you; we’re not making a blockbuster film here. The editing you’ll need to do is a breeze, especially since the editing apps available on your smartphones (such as iMovie and FilmoraGo) are intuitively easy to use. You’ll be able to add music underneath your video, crop the beginning and end of the video, and even add subtitles. Subtitles are critically important because people aren’t always in an environment that will permit them to listen to your video. Subtitles allow them to read along to what you’re saying, while connecting with your body language and mannerisms.

Creating effective videos starts with selecting the right platforms and technology behind the camera, so that you can feel more comfortable putting yourself in front of the camera. So, congratulations! You’ve now graduated to focusing on your performance, which needs to reflect energy, passion, and storytelling. I’m going to break down on camera performance as it relates to television in the next chapter, and there is considerable overlap, so I won’t spend too much time on it here. However, there are some integral performance-related differences between social media and television.

The most notable difference is eye contact. Whereas on TV you spend most of the time looking at the host interviewing you, on social media you’re usually by yourself and should engage the camera the entire time. Social media has a conversational, intimate feel and eye contact is a must. Speaking of that feel, adapt your content accordingly. You can be less formal than you would on TV and don’t need to be as polished. That doesn’t mean be extra casual; it just means you can be more relaxed and speak more freely.

In terms of posture, most TV interviews take place in a TV studio and you’re sitting behind a desk. As I mentioned, for social media I advocate standing. You can even move around if you have somebody who can shoot the video for you, and you’re not reliant on a tripod. If you’re a realtor, give a virtual tour of a home you’re trying to sell while walking through the property, describing each room as your camera operator follows you. That’s much better than talking about the home while sitting at your desk. Movement helps you create dynamic energy and allows you to be more expressive with your body language. Also, again, it’s less formal and more relaxed than television.

If you’d like to work on your on camera videos, just reach out to me here.