How To Stop Saying “um” & Other Verbal Crutches 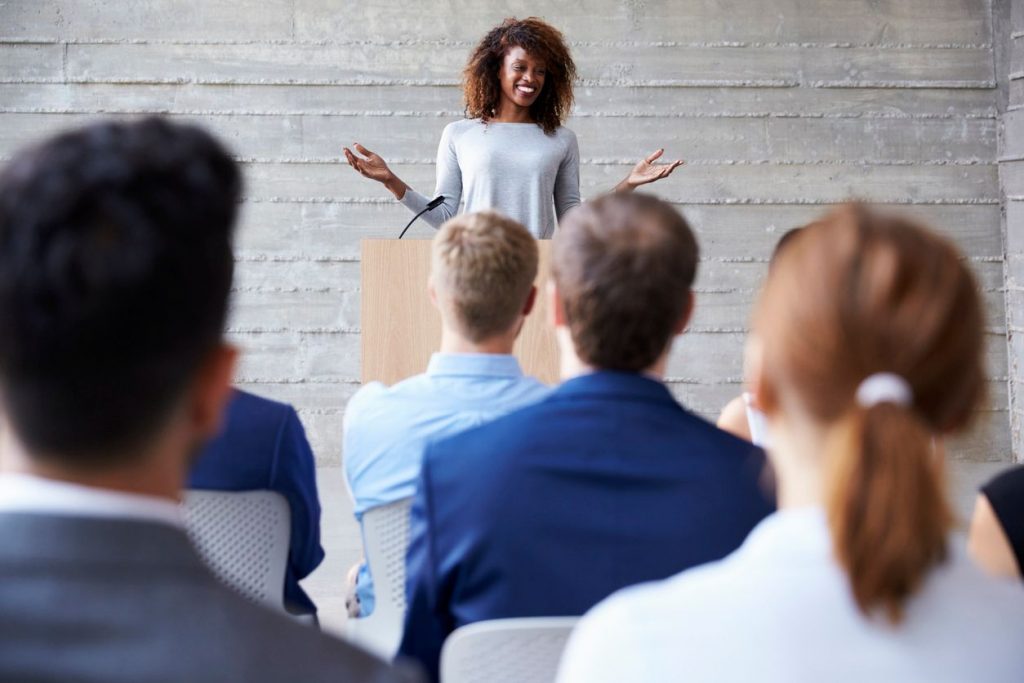 They can clutter your performance and shatter your confidence. Here’s how to show them who’s boss!

This week’s media coaching tip is about those pesky verbal crutches and how to stop saying them. If you don’t know exactly what I mean, here’s an example of a sentence with some verbal crutches: “So, um, like, the point I’m trying to, um, make is, you know, that, um, verbal crutches are bad”

There were A LOT of verbal crutches in that sentence. Maybe your crutch is “um.” Maybe your partial to “like” or “you know.” Maybe you find yourself starting several sentences with “so.” You may in fact not even be aware you use verbal crutches! Here are three things you can to do to clean them up before your next presentation, speech, web video or TV appearance:

1) Record your rehearsal: it’s hard to know if you use verbal crutches if you’ve never actually seen or heard yourself. So, before your next performance, record yourself on camera and watch it. I know, I know, it’s painful to do, but it’s necessary. If you’re giving a speech, record it, and if you’re going to be interviewed on television have a colleague pretend to be the host, do a mock interview and record it. And it’s very important to treat the rehearsal like it’s the real thing. Use the same talking points and the same energy. When you watch it back, take notes as to what verbal crutches you use. The first step in getting rid of them is to identify them.

2) Now that you know you use them, let’s work on eliminating them. In my opinion, the main reason people say things like “um,” “like,” or “you know” is because they don’t know what to say next and they’re afraid of the silence. Don’t be! There is NOTHING WRONG with pausing silently mid-speech or mid-interview while you formulate your next thought. Silence is not a form of weakness. Quite the contrary, it’s a form of strength. Be confident in the knowledge that it’s okay to pause. It’s like I always say: there’s power in the pause! Embrace it and use it for dramatic effect. Don’t replace it with a verbal crutch.

3) Understand that you’re not going to “cure this” immediately. Chances are, you’ve been talking like this for a long time. It’s going to take a while before you completely get rid of these crutches. Here’s a secret: I still say “um” occasionally.  What can I say, it happens to all of us! We all throw in a crutch from time to time. So, and this is VERY important, if you’re giving a speech or conducting an interview or shooting a video and you hear yourself say a crutch, don’t dwell on it. Don’t beat yourself up on it, just move past it and keep talking. I have watched people give a speech while actively trying to avoid crutches, and have seen them get in their head when they say one. And then, their focus is gone and it completely affects their performance. Nobody is counting your “um’s'” unless they are excessive. Say it, move past it, and keep your focus! Remember, when it comes to getting rid of your crutches, it’s PROGRESS NOT PERFECTION.